There are various Classes in Battlefield 1, each with roles that can impact and change the course of the game. Some of the Weapons can be used in a different style of play depending on the Classes, to have more ammo or better suppression and a bunch more options, as Roles and Classes will be important for determining the outcome of the match.

Classes have been a part of Battlefield since the beginning - whether you were deploying as a Medic in Battlefield 1942 or an Engineer in Battlefield 2142, you've felt the impact of how Classes change the game. This time around in Battlefield 1 look for some pretty big changes to Classes, making them more varied, and more effective in combat, both in the roles of the different Classes and the general effectiveness of every Class. See below and the classes themselves for an overview of what makes each of the Classes in Battlefield 1 different and unique. [1]

Every Class can hold their own in battle, but they each have their own specialty. Assaults are experts at blowing up Vehicles, Support can resupply teammates, Medics can heal teammates (and Vehicles), and Scouts focus on reconnaissance. Compared to the previous Battlefield games every Class is now more efficient in combating enemy infantry. They still have different things that make them unique, but each of the classes should feel like they are able to go toe-to-toe with anyone else they see running around on foot.

Each class has their own distinct style in Battlefield 1, while making sure to stay true to the setting and the era. They all have their own little visual quirks that set them apart - the Medics, for instance, have crutches on their back. Classic Engineers are gone in Battlefield 1, however their abilities will stay. Besides being able to heal and revive players, the Medic can also repair Vehicles, and the Assault class is more focused on taking down vehicles. Assault has both Gadgets and Anti-Tank Weapons, making them the go-to for blowing up enemy armor. Scouts are experts at reconnaissance, and their ability to take down enemies from afar with sniper rifles actually ties well into their abilities. What better time to survey the field and give vital information to teammates than when you're in the distance sniping enemies? [2] 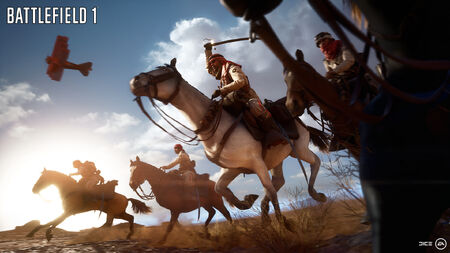